A few weeks ago I got my first opportunity to explore a New York City Subway tunnel. And when I say tunnel I don't mean a subway tunnel that runs under some street, although those are amazing too. No, I'm talking about the Montague tunnel (or tubes) which run from Manhattan to Brooklyn, under the East River. This tunnel has been closed for the past thirteen months for repairs from Hurricane Sandy. As construction draws to a close, Patrick Cashin, the MTA's photographer wanted to document the repairs before the tunnel reopened. Tagging along with Pat, I was able to shed light on one small part of the NY Transit system, a system which so many people take for granted, yet know so little about; the environment the commuters travel through as they go from one place to another. The many support systems that keep the subways running smoothly, and the safety systems which aid in passenger safety, all are there but largely unknown. 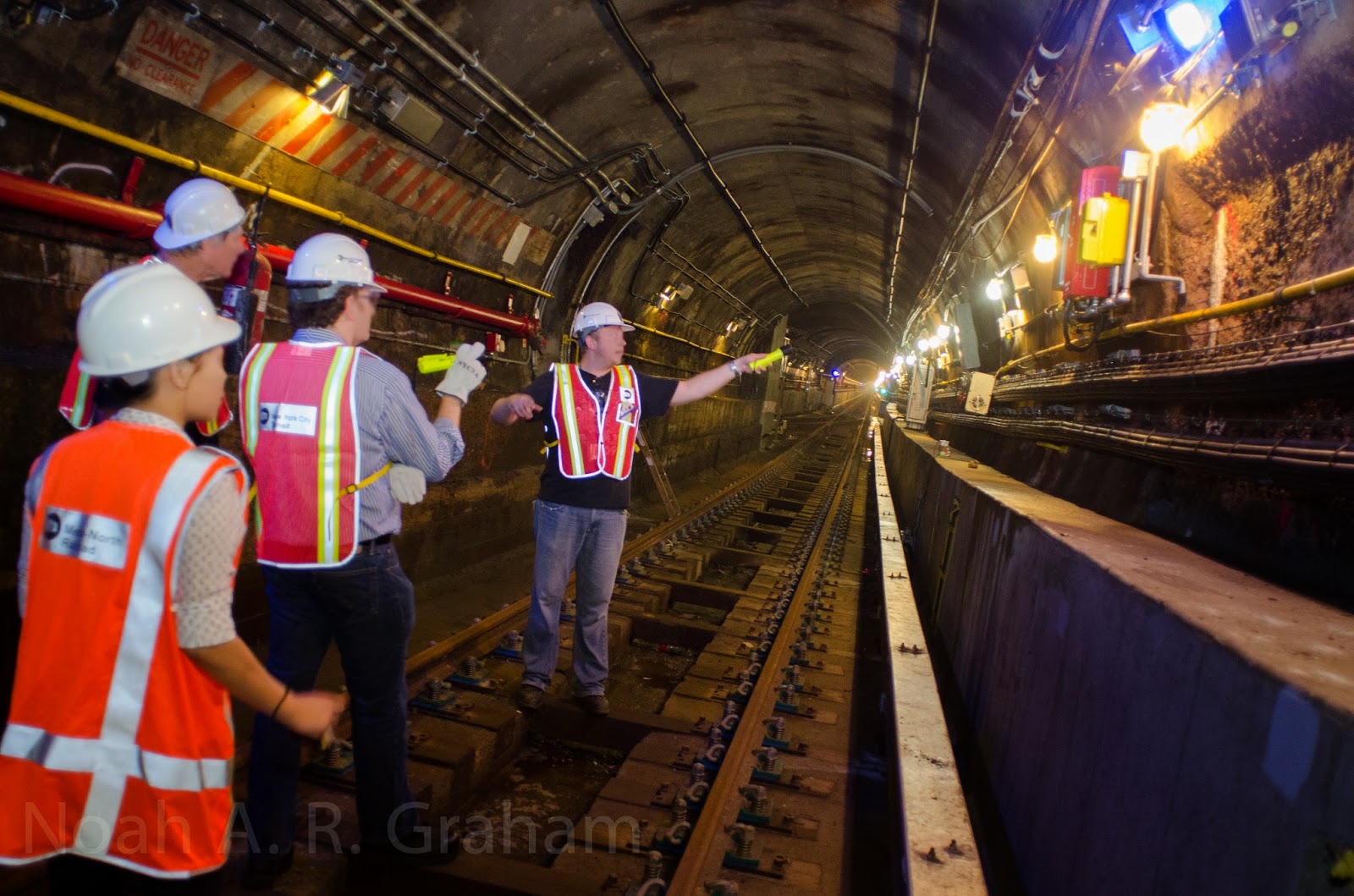 Pat Cashin, two MTA press reporters and myself met the General Contractor (G.C.) and another worker a few blocks from the entrance to the tunnel, and after a few minutes set off. We walked down the steps of the last station before the tunnel, walked to the end of the platform, clambered down and we were in. 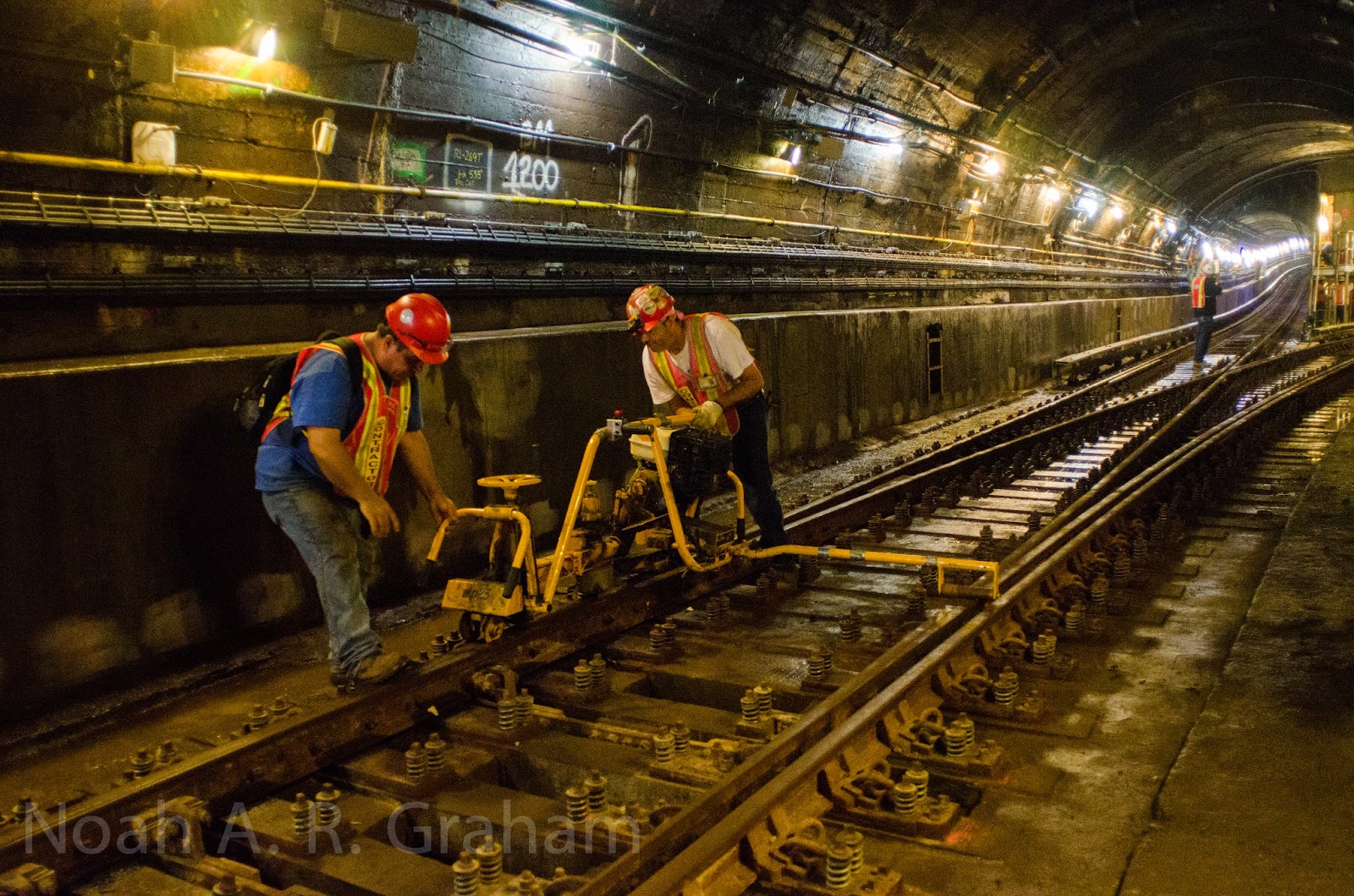 Immediately after walking into the tube and away from the station platform, I was hit by a damp smell. The air was refreshingly cool but was full of moisture, the walls were dark with condensation, and the work lights were reflected in small puddles of water scattered on the ground. We walked for 100 feet and rounded a bend blocking any sight or sound from the station. We had not reached any of the construction yet, but even though we were out of hearing distance from both the station and the construction, a continual low rumble, like a distant train slowly approaching filled the tunnel. Luckily we were safe from any trains coming...electric to the third rail in the tunnel had been turned off during construction. 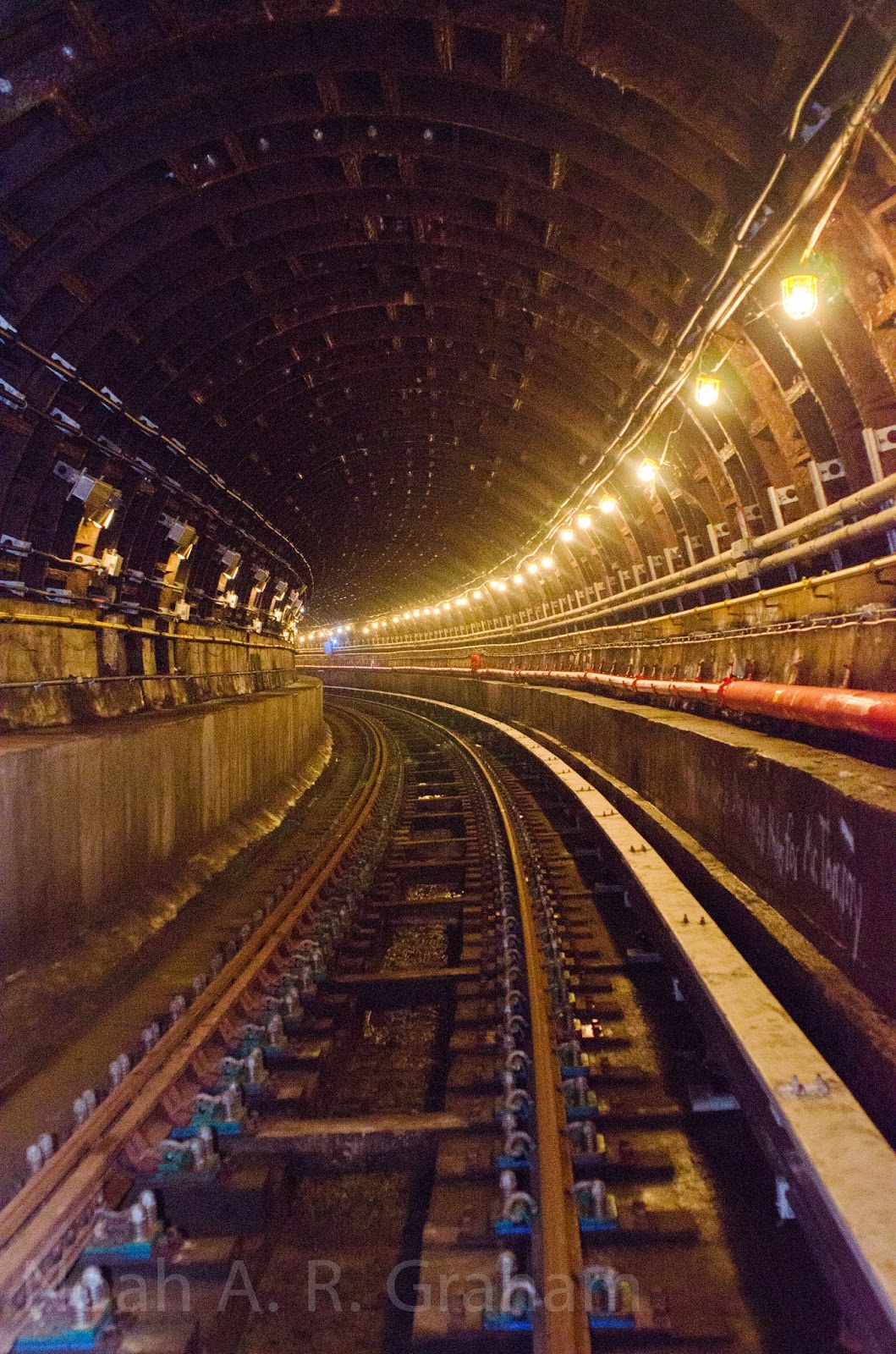 We walked along the tunnel, the G.C. pointing out all the new systems they had installed and repaired...I was only half listening to the first part, I was in such awe of my surroundings. The tunnel was huge and I had planned for this day for so long that I couldn't believe it was already here. I quickly settled down and began snapping away, and listening to the G.C. as he told us different things about the tunnel and the work going on in it.  About 1,000 feet into the tunnel we came across works working on the track, the electricity lines, and piping.

I don't want to say much more because I need to keep some surprises for my presentation in April, but check back soon for more updates!